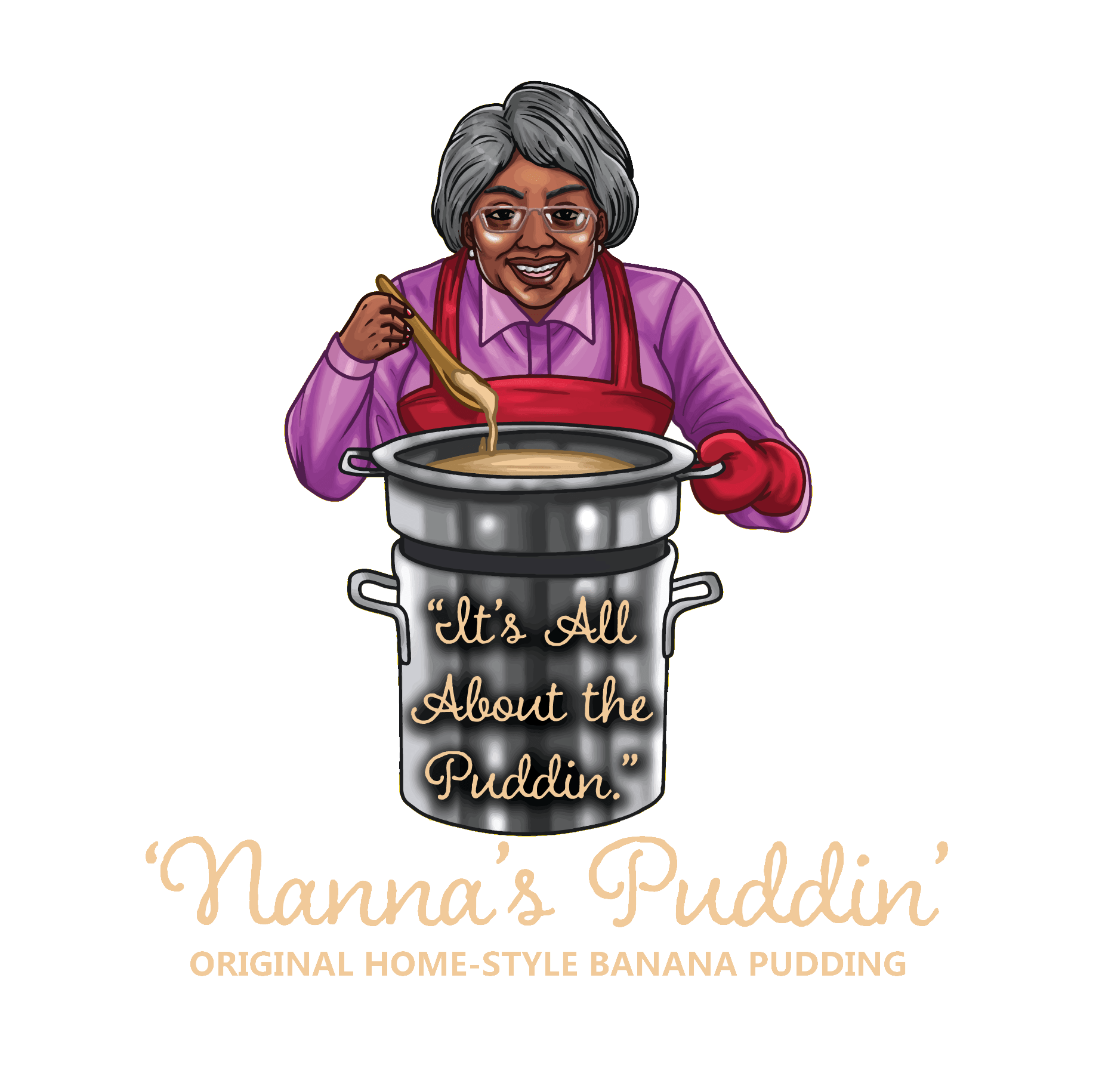 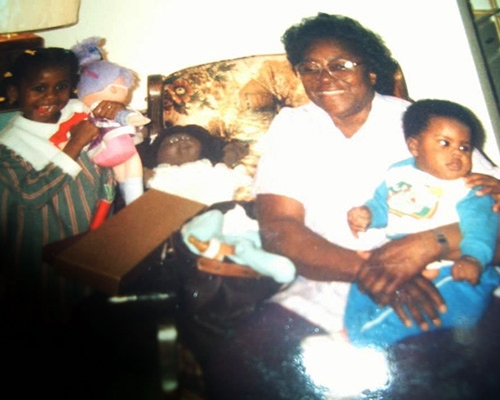 Mama Ruby worked hard all of her life. It wasn’t an easy life, raising us 8 kids alone, but she took good care of us. I always knew my mama loved me – but it wasn’t until I tried to make her banana pudding that I realized quite how MUCH she loved me.

Mama Ruby didn’t show her love with words but she sure fed it to us by the spoonful. The kitchen was her domain and for an extra special treat, she would make us banana pudding. REAL banana pudding. COOKED banana pudding. She’d prepare the pudding on the stove, slowly stirring the pot to make sure it didn’t burn. We would hang around the kitchen, savoring the aroma of vanilla and just waiting for her to take it off the heat. Real banana pudding requires patience and tender care, the kind of attention that only a mama can offer.

As a young boy, I had a very important job, one I took VERY seriously: I got to clean the pudding pot! This chore gave me so much pleasure and I had a system for cleaning the pot while getting to savor every last

spoonful of that mouth-watering pudding. I would scrape up the pot with the precision of a surgeon, cleaning every line, and making sure not to miss a  lick. When I had finished, mama would always ask me how I liked the pudding, with a rhetorical smile.

When I was older and had moved out of the house, Mama would call to tell me she had prepared something special for me. She didn’t have to say, I knew exactly what it was. Lord, what I wouldn’t give for that phone call now! Mama Ruby is gone but her memory lives on with her famous homestyle banana pudding. I know now that there was love in every bite. At Nanna’s pudding, we carry on Mama Ruby’s legacy by sharing her love (and pudding) with you.

This is a pudding made the old-fashioned way – from scratch with real natural ingredients, patience, and tender loving care. 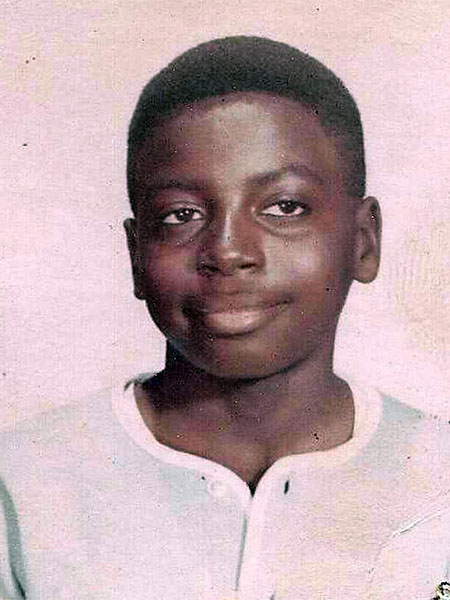 After Mama Ruby died, I found myself on a quest. I was looking to find that magical taste from my childhood. The creamy, sweet pudding with the just-right ratio of cookies and bananas. Mama’s pudding was engraved in my memory – the vanilla wafting from the kitchen, the way it felt so smooth in my mouth, the bright banana flavour bursting against the creaminess of the pudding.

Every time I picked up a menu, my eyes went right to the dessert section. Before ordering food, I would ask the server about their banana

pudding. “Was it cooked?” “Was it made from scratch?” What I was really asking was: “Is it as good as my Mama’s?” I must have tried a hundred banana puddings over the years but none compared to my memory of Mama Ruby’s pudding. Some were made from store-bought pudding mixes, others had an artificial banana flavour, some were too unappetizing to eat.

Finally, after yet another disappointing banana pudding experience, my wife said the words that changed everything: “Why don’t you just make it yourself?”

Of course, I had thought of that before, but I am no chef and Mama didn’t leave anyone her top-secret recipe. But the challenge had been raised and I was determined to give it my best shot. That first night, I was in the kitchen until 3am. I had bought all the ingredients I remember Mama using: pure vanilla extract, evaporated milk, eggs, flour, sugar. I cooked the pudding on the stove, picturing Mama Ruby stirring it slowly, her mind daydreaming of the life she might have had.

The real test came in the morning. My wife tried the pudding and we shared it with some friends. They were all astonished. I was too. It was creamy and mouth-watering, that lick-the-bowl-clean kind of good. Somehow, Mama Ruby had come to me and showed me her secrets! This was the pudding I’d been dreaming of. The pudding that represented all of the best moments of my childhood. It was a bowl full of joy.

You’d think that my quest was over – but that was just the beginning. I cooked and I tinkered and I perfected the recipe. I shared banana pudding with my friends and co-workers. Everyone begged me for the recipe. I had more orders than I could keep up with and that’s when “Nanna’s Pudding” was born.

I want to share the real home-cooked taste of banana pudding so that you can experience it too. Maybe you have the memory of REAL banana pudding from your childhood or maybe you’ve never had the delicious opportunity. Either way, I decided to make it easy for you to serve old-fashioned banana pudding by saving you the time and effort of cooking the pudding yourself. A sweet memory of yesterday in every spoonful.

It’s All About the Puddin’

In my quest to find the perfect banana pudding just like my Mama Ruby used to make, I discovered I had to make it myself. Not many people have the time or energy to make things from scratch anymore – but so many of us have memories of homemade banana pudding from our childhoods. I’ve perfected a banana pudding that you can serve at home (or at your restaurant) as if you’d just pulled it off the stove yourself. Simply thaw and warm the pudding then layer it with vanilla biscuits and freshly sliced bananas. You’ll have a delicious, comforting dessert ready in no time at all (and that’s about the same amount of time it’ll take for the pudding to disappear!) A sweet memory of yesterday in every spoonful. 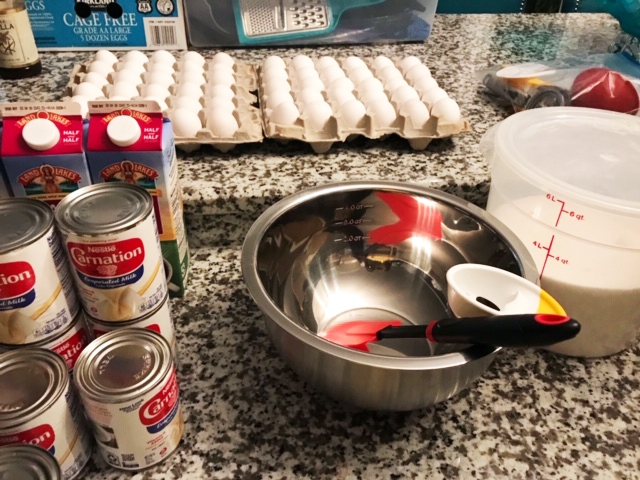 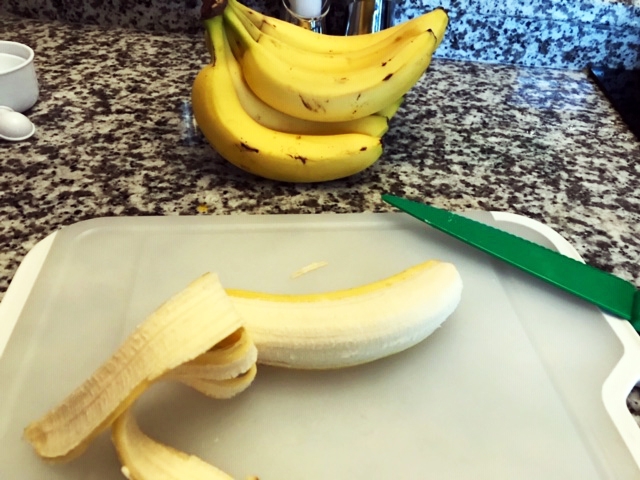 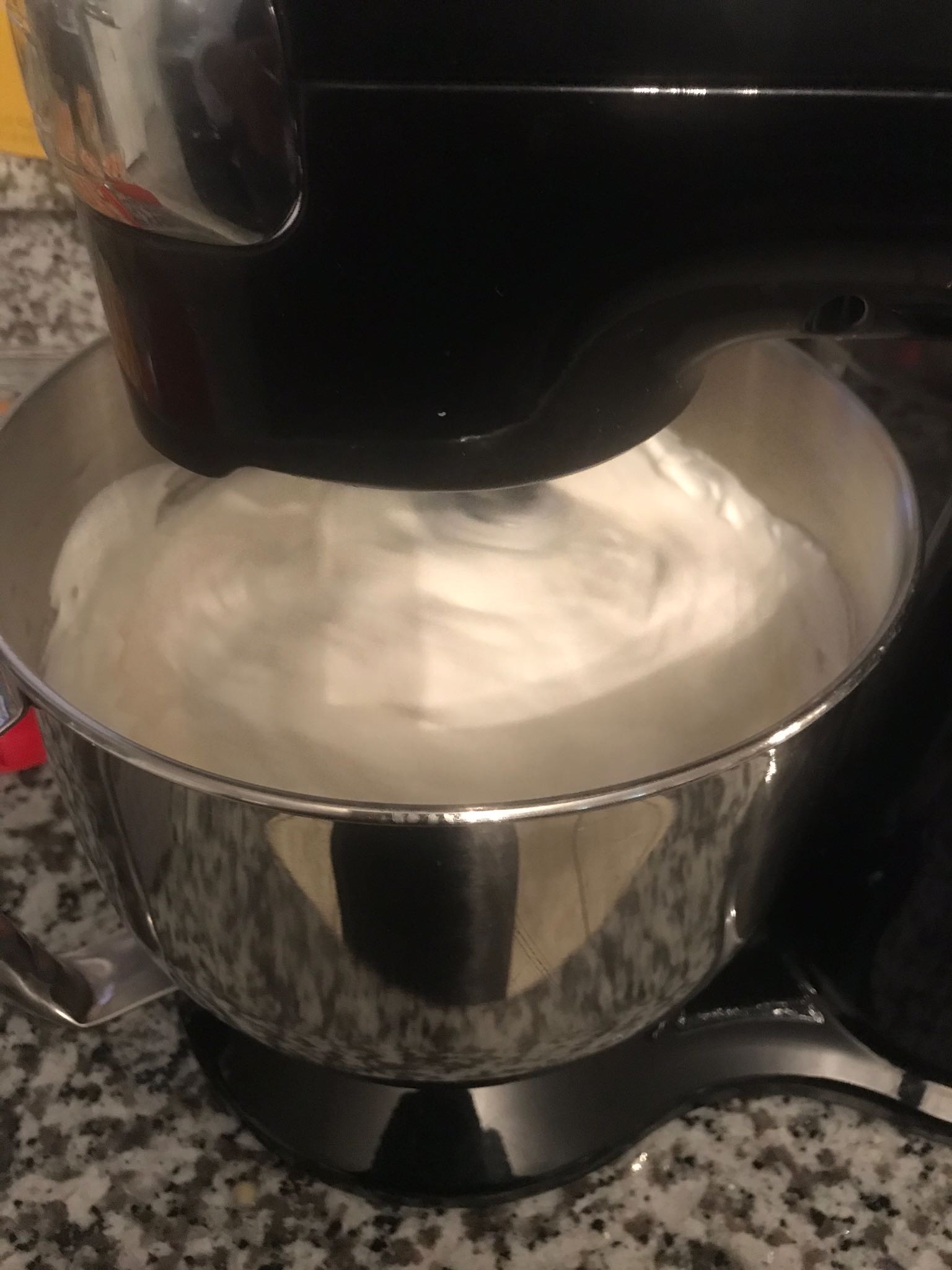 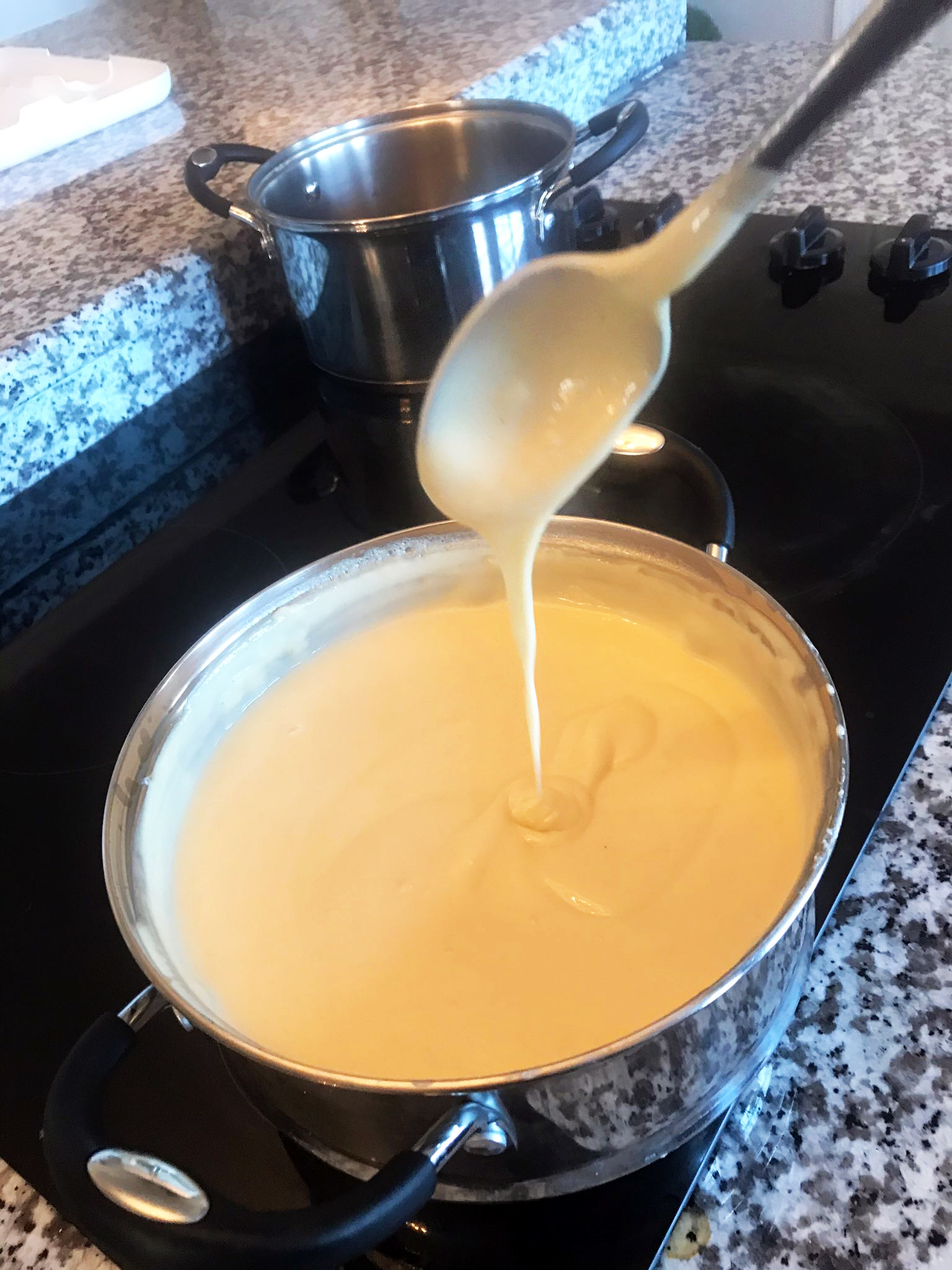 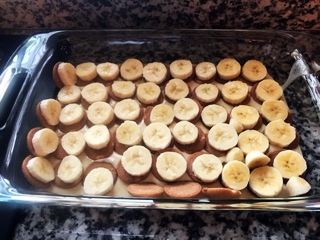 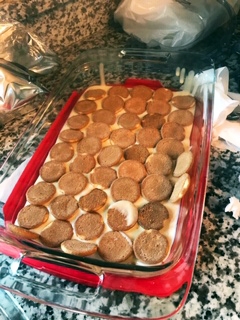 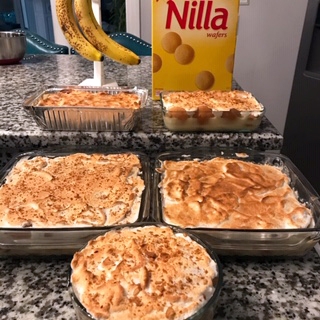 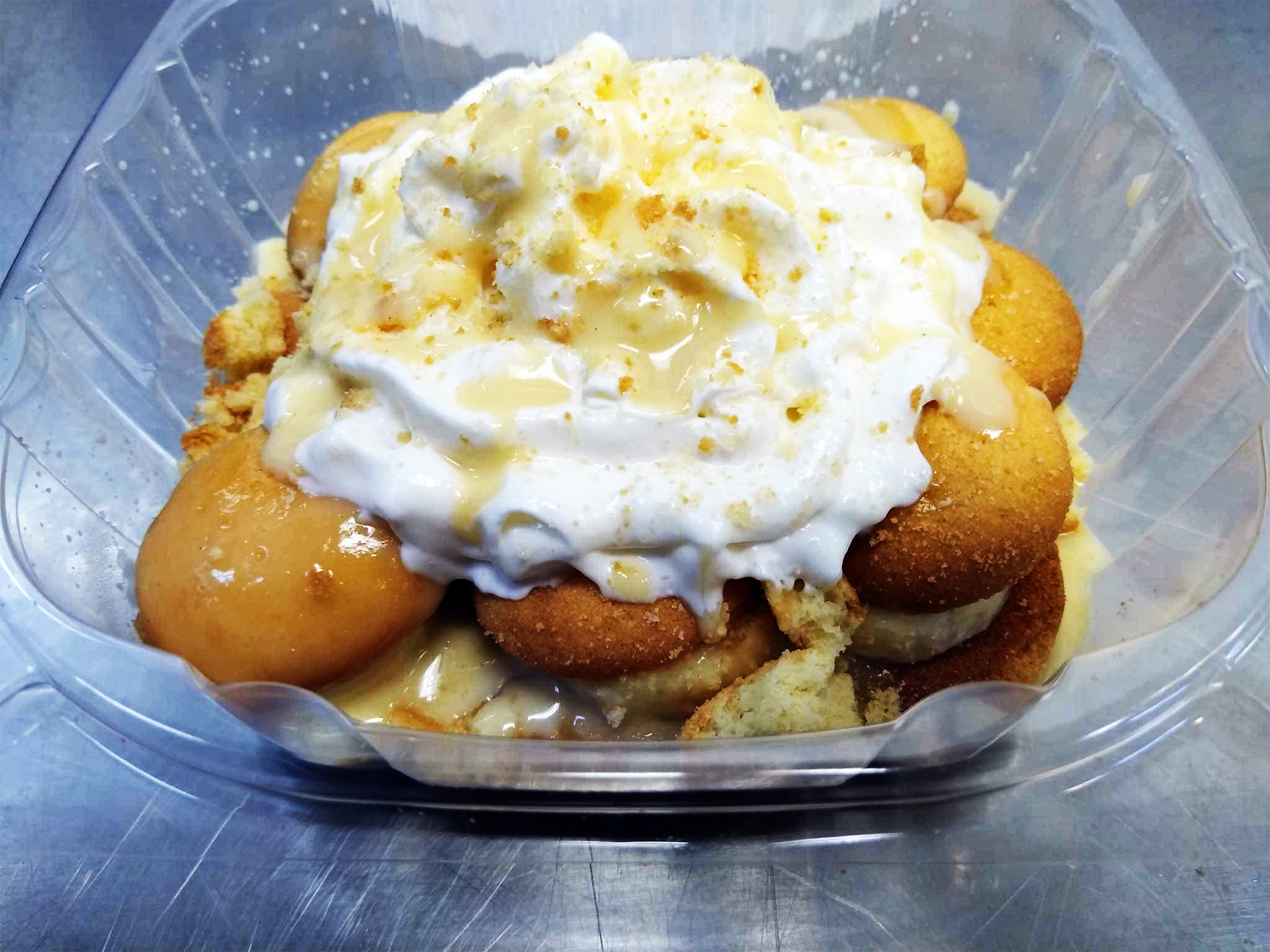 I can’t tell you how many restaurants I went into, hoping that the banana pudding on the menu was as good as the one from my childhood. Unfortunately, I was too often disappointed that they weren’t serving real, cooked banana pudding made from scratch. When I created my banana pudding, I wanted to find a way to share it so that restaurants could offer a delicious, homemade dessert with minimal time and effort. Made from real, natural ingredients in small batches, Nanna’s Pudding is slow-cooked on the stove and then quick-frozen so none of the quality is lost when thawed. All you have to do is put the pudding in the microwave for 15 seconds and you have perfectly creamy and rich banana pudding. Add some whipped cream and you’ve got a bowl full of homemade comfort to serve to your customers. Trust me, they’ll come back time and time again for another taste of Nanna’s Pudding. 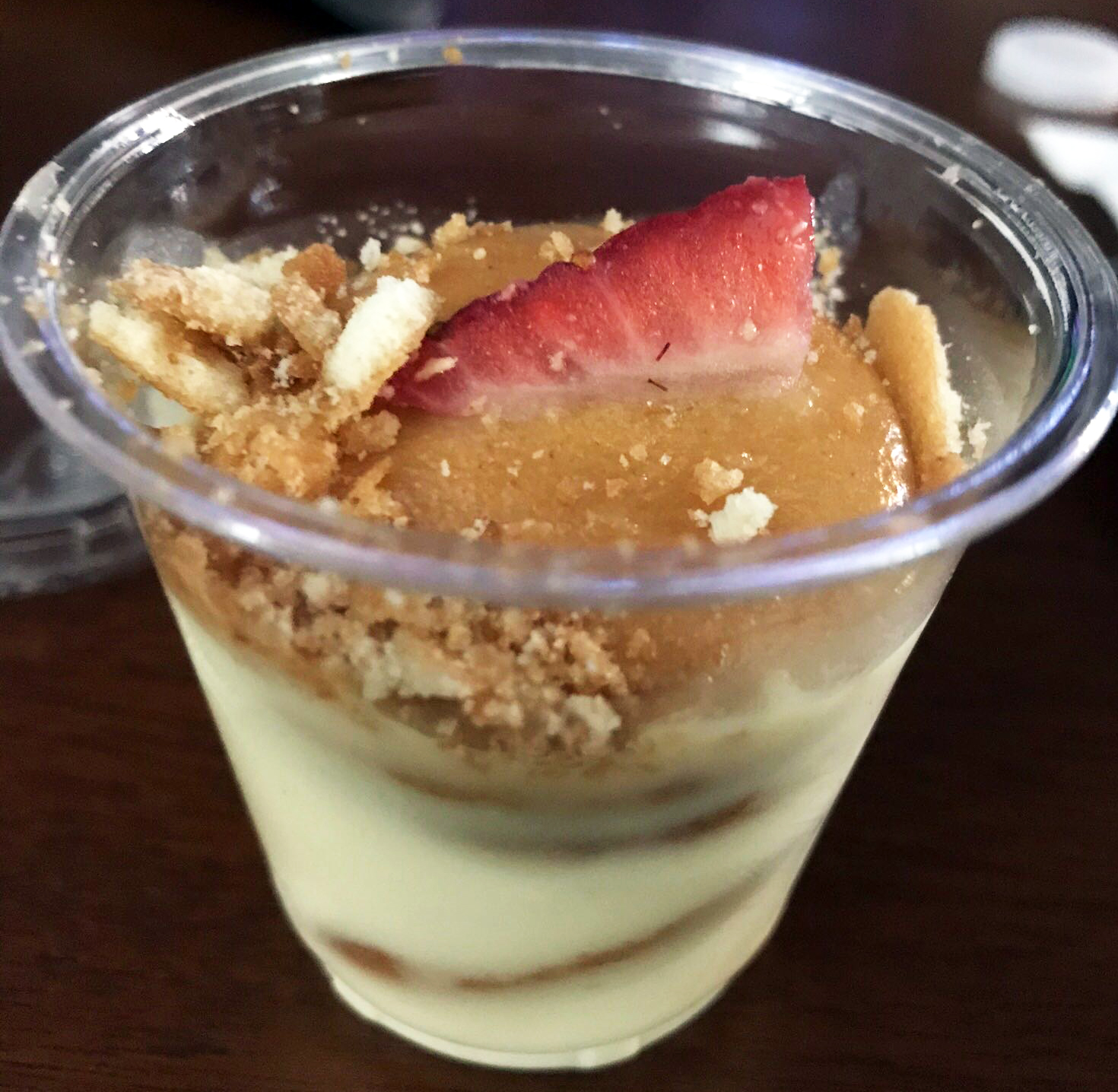 Can you remember back to when you were young? Did you have a favourite dessert? Well, if you loved banana pudding growing up as much as I did, you’re sure to have some powerful memories of this comfort-food. Many of our customers find that they are transported back to childhood with their first spoonful. The rich creamy vanilla flavour, melt-in-your-mouth wafers and familiar taste of banana all conjure memories of yester-year, like playing outside after dinner, church potlucks on a Sunday afternoon, and licking the big wooden spoon in Grandma’s kitchen. Try Nanna’s Pudding for yourself and let us know what memories came alive for you!